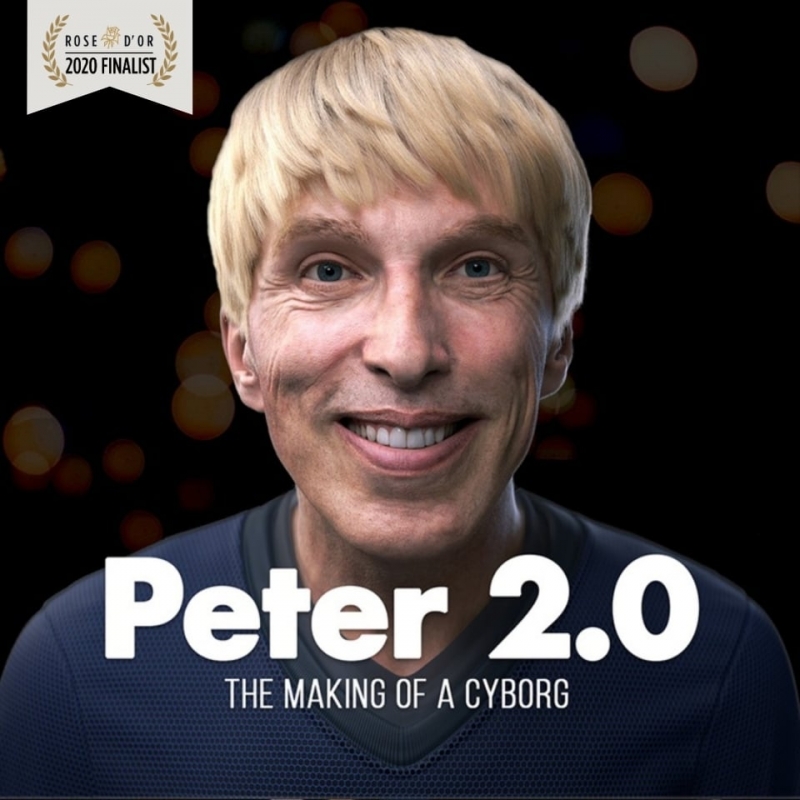 Peter intends to live on as a cyborg. Former robotics scientist Peter Scott-Morgan is extraordinary. He is an acclaimed business process expert and an accomplished author. He was also the first to get married legally as a gay man.

In 2017, scientist Peter Scott-Morgan learned that he had Motor Neurone Disease (MND). From the very start, he saw this terminal diagnosis as an opportunity to put his fascination with robotics into practice and become the world’s first human cyborg. The film documents Peter’s amazing journey, which will have profound implications for many people who suffer from conditions like MND, as well as opening up the biggest question of all: what does it mean to be human? His story is the subject of a Channel 4 documentary.

In the first three episodes, we’ll explain Peter’s journey to his ground-breaking transformation. The rest of the season follows Peter adapting to his new life as a cyborg.

This is the accompanying podcast series to the Channel 4 documentary; Peter:The Human Cyborg.

An Unedited production for Cardiff Productions. This podcast was made possible with funding from Wellcome.

Coming In From The Cold